Last week I was interviewed at Hot Books Daily, hosted by my TESSpecFic group mate Penelope Crowe.  I really enjoyed answering her questions, and I hope you stop by and support this separate endeavor of hers.

Next Friday, I’m going to be posting my response to a question posed by another TESSpecFic group mate, Marie Loughin.  “What books would you want to be buried with [for posterity’s sake]?”  I believe the latter part of the question makes it so this isn’t just another “my favorite books” post.

I remember early on into my blogging seeing others celebrating a year of their own blog.  There were many times when I wondered if I would make it.

One year ago marked more than just my decision to start writing a blog.  It also marked five years married to my wife.  And partially because I’m no spring chicken but had been treading water with an agent for seven years with nothing to show for creating a better life for that lovely wife of mine, one year ago also marked my self-publishing debut with The Imaginings.

It also marks the beginning of a severe learning curve, starting with…

1- It doesn’t matter how long you’ve been writing.  When you publish for the first time, it’s like being at square one.  You may be a brilliant writer, but that won’t make a difference if no one has heard of you.  You may have spent years developing your craft, but now you have to prove it.  There is one John Locke.  There are millions of aspiring writers.  Which brings me to #2.

2- I’ve met some great writers in this virtual community.  I’ve also met some great people.  They are not necessarily the same, and it can make for some potentially uncomfortable situations.  Many people don’t actually want to hear what you think about their work unless you’re saying you loved it.  Ergo…

3- Even with all the articles that my father found for me singing the praises of self-publishing, there is still a stigma to self-publishing for the same reason there was before the whole e-revolution.  Some people’s stories just shouldn’t be published.  Unfortunately, it’s almost worse because of the e-revolution.  At least if you wanted to self-publish 8 or 10 years ago (whether your story was crap or not), you had to make the commitment to getting those print copies and putting in the legwork to hawk them out.  These days it only takes the push of a button to muck up the market.  However…

4- If you really want to sell books, it’s not that easy.  In fact, while many will say the key to selling books is just being a good writer, I’d say most of us aren’t going to be able to do it without putting in a fair amount of marketing time and promotion.  I had always wanted to spend all of my free time writing, not having to figure out how much time I can devote to that gaping, endlessly hungry maw of marketing.  Which leads to a pretty big lesson this past year… 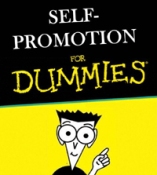 5- Few writers get marketing/promotion packages anymore.  Most authors have to be their own biggest advocate.  When I was first dealing with my agent back in 2004, this was a different story.  The bigger publishing houses were more inclined to offer marketing packages when they controlled the market.  These days it’s up to you to get your face out there on your own time and your own dime, especially if no one has seen your face before.

This seems rather ironic to me.  As I’ve said before, writing is a solitary sport.  My brother was amused when I told him that many writers do what they do because they can create a world where everyone does and says what the writer wants them to do and say.  Yet today, we’re expected to be outgoing, extroverted and sociable, to actually deal with live people (well, sort of) who usually don’t act how we expect.  Can you imagine if Emily Dickinson had to make a living off her writing in this day and age?  (not that she necessarily made a living at it while she was alive, but you get the point)

But there is a bright side to this.

6- For the good writers, there are more choices than ever to get your work out there to readers.  And for a true writer, while money is definitely a driving factor, I believe putting your story into a stranger’s hands and having that reader say he/she enjoyed it is more important. My sister-in-law (and wonderful beta reader) recently said that while the sales for first books weren’t often huge, they were more significant than sales thereafter.

If you read my post marking one year since making the decision to self-publish, you’ll know that I am looking back to traditional publishing via a small press.  But I hope to still utilize self-publishing as a promotional tool for shorter works.  Many are having success putting out all of their work via that route. And finally, there is still the route of literary agents, editors, and the big publishing houses, and I think they will have to change their practices to adapt to this new environment if they wish to keep their readers happy (and loyal).

So there you have it.  There’s probably more I could say I learned or developed opinions about over the past year, but I like the theme that these points follow.  And funny enough, it really didn’t have anything to do with blogging (except in the marketing sense), but it still works, right?

While there have been moments where I questioned the time I spent on this blog, overall I’ve had a good time with it.  It will be interesting to see what the next year brings.

Any thoughts on your own journeys, be they new or well-traveled?  Comments on my experiences?  Places where we crossed paths?  As always, links to your own blogs/websites are welcome.

Don’t forget to check out my interview at Hot Books Daily when you get a chance.

Finally, stop back next Friday to see what books I would be buried with.

30 thoughts on “One Year and Counting: 6 lessons marking my blogoversary”