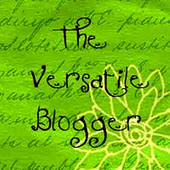 – I’ve been given The Versatile Blogger Award from fellow horror writer, Blaze McRob at Blaze McRob’s Tales of Horror.  As part of his own receiving of the award, he has listed seven interesting things about himself at his blog. And he is definitely an interesting guy.  I plan on putting him a little further under the microscope soon with my Seven Questions.  Until then, to learn more about Blaze and see his other nominations for the Versatile Blogger Award, click here.

– Had these nice comments from Aniko Carmean on The Imaginings.  Okay, I know I said I wouldn’t publish every review, but this also counts as promoting Aniko who has some pretty great things to say at her blog, as well.  Her byline is “the happy horror writer.”  I love it.  And somewhat like my own blog, she spends a good bit of time just talking about the art and craft of writing.  From Aniko at anikocarmean.wordpress.com:

“. . . I am also reading The Imaginings by Paul D. Dail. I don’t want to give away any spoilers, but there are scenes that take place in the underground tunnels of a partially constructed, possibly cursed mansion that combine psychological anxiety and good, old-fashioned scary . . . I read (half of) another indie horror book by a big-name in the biz and that one didn’t come close to matching the complexity or creepiness of either The Imaginings or The Well (by Peter Labrow). Yet another reminder that big sales don’t mean big time enjoyment for this humble reader.”

With the craziness that was Halloween in the blogosphere, it is my hope that in this also busy month of November (especially given NaNoWriMo), next Friday’s post, “One Night after Going to a Horror Movie… or… Why It’s Scary Being Me,” a guest post I wrote for another blog last month will still be new to most of you.

Like many of my new writing amigos, I met Jonathan D. Allen, author of the soon-to-be-released The Corridors of the Dead, through Book Blogs.  Since then, it seems like we just keep discovering that while we may be a few years different in age, he and I have traveled many of the same paths in our lives.

He’s going to tell you about his book, but I would be remiss if I didn’t mention the writing side of Jonathan that is his blog, Shaggin’ the Muse.  Let me just say that Jonathan is a prolific writer.  This isn’t counting what he’s doing for his other job as a technical writer.  Nor the writing I’m pretty sure he’s doing daily on a novel or other story project.

If I were to make a guess, I’d say Jonathan puts out an average of 800 words a day at his blog alone.  To be completely honest (and Jonathan knows this), I don’t have enough free time to read all of his posts.  But I wish I did.  Because I’m never disappointed when I take the time to follow up on a particularly interesting sounding post when it comes across my email.

His posts are always visually appealing, he has a good sense of humor, good things to say, and again, it’s often like hearing my own thoughts.

1- As far as writing is concerned: a- your favorite hobby, b- your fiery passion, c- your full-time profession, or d- a combination of the above.  Feel free to expand.

Fiery passion and full-time profession. I’m incredibly fortunate that my everyday job involves getting paid to write (technical writing), but without a doubt I would love to be crafting fiction full-time.

[PDD: Yes, you’ve made some comments about this at your blog.  I like that you’ve said it’s not the most important thing that you are the next best seller, but that you want to write something that will survive the test of time.]

2- What was the last book you finished reading?  What are you currently reading?  If it doesn’t seem obvious by title, what are the genres?  Do either of these fall under your favorite genre (you know, the book you pick out when you’re going on vacation)?

Recently finished Finch by Jeff VanderMeer. Interesting take on world-building – the book is set in a world where an underground race that has built technology out of fungi is slowly taking over a city in a fantasy world. The book is about what it means to be a day-to-day worker (a detective, in this case) in the face of overwhelming oppression, amongst other things. I’m currently reading the Revenge of the Sith novelization by Matthew Stover, which I’ve reviewed on my site, and Boneshaker by Cherie Priest, a steampunk novel. Obviously, these are either fantasy or sci-fi, and yes, they absolutely fit into my preferred genre.

[PDD: The story by Jeff VanderMeer sounds interesting.  So, umm, what kind of fungi are we talking about exactly here?  ha ha.  And it’s been interesting to see a rise in the steampunk genre.  I’m still not 100% sure what it is, but I’ve been hearing a lot about it lately.]

3- What is the TV guide synopsis of your most recently completed project… or whatever project you’d like to talk about today?  (I’ve heard several people say you should be able to hook someone in 25 words or less, but I’m not offering to represent your work professionally, so 30 words will be accepted 🙂

The Corridors of the Dead: A young woman discovers that angels are not only real, they’re fighting a war to control the Multiverse with her as their pawn.

Long ago, a mysterious being known as The Lost Aetelia crafted an elaborate series of Watchtowers, along with their resident guardians, the Aetelia, to watch over the Universe. In time, they sent a select group of their own to Earth, tasked with watching over the fledging human race. This group used humanity to challenge the established structure of the Universe. A bitter war ensued, and these rebels, who had come to be known as Watchers, disappeared from history.

The Aetelia – now known as angels – are returning. Following a fateful night of violence, Matty DiCamillo finds herself drawn into this world by a mysterious savior, who becomes a driving force in Matty’s new life.

Both driven by and fighting the prophecy that lay out her destiny, Matty, her lover Kristy, and her best friend Daniel accompany this mysterious woman on a journey that crosses time and space. Matty soon discovers that her savior may not be what she seems, and that even the denizens of this twilight world have no idea what lurks behind the stage dressing of reality. Matty finds herself racing to rescue the woman she loves and learning that she herself could cause the Universe’s day of reckoning.

[PDD:  Okay, what kind of fungi are we talking about?  Just kidding.  Sounds like a fascinating story.  I look forward to its release.  I haven’t read that much in the sci-fi/fantasy genre, but this one sounds like one I would enjoy.]

5- What is one of the biggest obstacles you have to (or have had to) overcome in regards to writing?  Could be about content, your process, or any other way you interpret the question.

I would have to say emotional issues, though it’s not always easy to talk about. I’ve lost years of my writing career to emotional struggles and some dark turns, but I like to think that I’ve managed to come out on the other side and turn some of that negative energy into a positive. At the very least, my struggles have transformed me into the man that I am today, and I’m grateful for that.

[PDD: Amen to that.  I know you’ve also talked about some of these things at your blog, and I’ve been impressed with your ability to put yourself out there emotionally, saying basically, “Hey, this is how I feel?  Anyone else?”  Good to see you can find the positive in it.]

6- What is something that your readers might be surprised to find out about you?

I lived in South Africa for three months in the late 1990s, with the intention of eventually becoming a resident and then a citizen.

[PDD: Okay, we’re going to have to talk more about that one later.  I’m so curious to hear more.]

7- I know “Vision Boards” are kind of hokey, but it will make a good way to ask this question.  If you had a mental Vision Board (or an actual one posted on your wall.  Hey, that’s cool.  No judgment here.), what would be three of the objects and/or goals that would be represented there?

[PDD: Three excellent choices and worthy visions.  God speed, my friend.  Looking forward to hear of your success at the release of the book.  Thanks for taking the time with me.]

– First, any comments responding to Jonathan would be great.

– Or what about you?  What might be something on your Vision Board?

– Also, here are the links for Jonathan:

Samples of The Corridors of the Dead (click here)

– Finally, don’t forget to check back next Friday for “One Night after Going to a Horror Movie… or… Why It’s Scary Being Me.”