On vacation this week in Salt Lake City, Utah.  Now that’s scary.  Ha ha.  Seriously though, not much to report this week.  Just glad to be relaxing a little bit, which actually leads to my next somewhat troubling point… 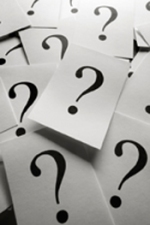 At this point, I have no idea.  And with limited time, I need to get this post up before I can figure out what I’m doing next Friday.  Hopefully you’ll just check back next Friday to see.

As I mentioned a couple weeks ago, I was awarded both the Versatile Blogger and the Kreativ Blogger awards.  Fortunately, the rules are basically the same for each one.  So I’m going to do both of them together and then kind of break the rules a little.

[Since when do awards come with rules anyway?  Well, Miss America, I guess…]

1- Acknowledge those who gave you the award.

We’ll see about that last one.  But first, much thanks to KG Arndell for picking me for the Versatile Blogger award.  Just met KG recently via Twitter, I think (one of the few good things I’ve found about Twitter).  He has some entertaining things to say.  You can find his blog by clicking here.

Kim Koning awarded me the Kreativ Blogger award.  Kim is awesome.  I’ve known her for awhile, and most recently, she has joined our TESSpecFic writers’ group.  In addition, an anthology that she is part of was just awarded the 2012 Sir Julius Vogel award for Best Collected Works in Sci-Fi/Fantasy/Horror.  You can find Kim’s blog by clicking here.

For the second requirement, I’m going to start and end these seven details with a nod to my friend and fellow writer, Jonathan Allen.  If I haven’t mentioned it already, Jonathan and I might as well be brothers from another mother.  Our paths have been so similar over the year, it’s surprising we hadn’t met before we did.

Anyway, Jonathan was also awarded the Kreativ Blogger award.  To read his 7 details that inspired my own list (or at least his first detail that got the wheels rolling), click here.

And if you haven’t guessed, these details all deal with some spiritual side of me.

1- In my mind, I have died already.  It wasn’t a Near-Death-Experience exactly.  Let me explain.  When I was 18, I was driving a car with three of my friends when I was t-boned by a truck doing about 55 miles an hour.  I still remember my girlfriend screaming at me as I pulled out in front of the truck, and to this day, I can still see the grill of the truck just a few feet from my driver’s side window before it hit us. 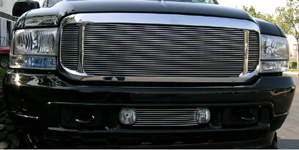 The car was spun around, and everything went black as we spun across four lanes onto the sidewalk on the other side of the road.  In that very brief moment of darkness, I convinced myself that I had died.  What was interesting was how easily I accepted that fact.  It was a very calming, almost matter-of-fact moment.  My only questions were wondering about the rest of my passengers.

It was actually very liberating.  Ever since that day, I’ve realized that while I certainly don’t want to die (especially in some horrific way), death is nothing to be afraid of.

2- While I don’t believe I actually physically died that day, I’m not convinced I didn’t die the first time I went skydiving.  Kind of a “Vanilla Sky” type of thing (I haven’t seen the original of this movie, but I did enjoy the American version).  Maybe this is the world that I have created in those last moments of my life when the chute didn’t open and I spiraled down to the ground, and it’s a world of familiarity, comfort or dreams.  After all, what are the chances that I’d be back living within 500 yards of my parents and married to a girl I had a crush on in high school?

3- Okay, so if it’s not a dream, if you asked me on most days, I’d say it’s fate and that I believe in fate.  Or fates, rather.  Kind of like a Choose Your Own Adventure book, I believe that we have multiple possible lives to live and just like those pages already written, our various lives are already predetermined.  It just depends on what choices we make as to which pages will be turned.  It works with the idea that time isn’t really linear… that everything has already happened, past, present and future.

4- While I have a theatre background and love to sing, I don’t enjoy many musicals.  However, I love “Jesus Christ Superstar.”  Great music.  And what a fascinating (and controversial) premise, that Judas was a pawn and Jesus was a puppet.  I knew I was in love with my wife the night I met her at some friends’ house and we sat on their deck and sang songs from the Rock Opera together.  I’d love to be in a production of JCS, and much as I’d like to play Jesus, I don’t know that I have the chops.  Probably more cut out for Judas. 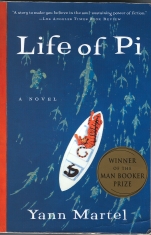 5- I’m actually fascinated by most religions and suspect there’s probably a bit of truth in all of them.  When I worked a residential treatment center [read: lockdown facility] for troubled teens, I taught them Life of Pi, one of my top ten books that have inspired me (Conversations with God is also on that list… alongside The Stand).

Life of Pi is about a young Indian boy named Pi Patel, and one section I really enjoyed was when he decided to study Hinduism, Christianity, and Islam concurrently (but unbeknownst to each other).  In a great scene where Pi is confronted in the same place by his pandit, priest and imam, Pi states that he simply wants to love God.  In between reading the book to the kids, I taught them crash courses on the basics of as many world religions and religious figures that I could fit in, from Allah to Zoroaster. 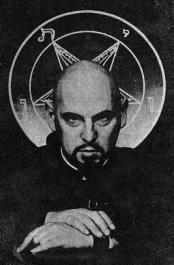 6- While I didn’t teach this one to the kids, I have also read The Satanic Bible, written in 1969 by Anton LaVey.  I have no idea how I came across this.  I think I found it for research for something.  But I was surprised by it.  Not what I expected.  I would say they seemed more like Naturalists than the “Satanists” we were led to be afraid of by so many horror films and stories.  Probably the biggest surprise was that they actually objected to animal and child sacrifice because those two things represented ultimate innocence, a state that they held in esteem.

7- Finally, in 6th grade, I threw the spelling bee so my girlfriend could win [Little bit of irony?  The word I misspelled on purpose was “quail.”  Anybody remember a certain Vice-President who struggled with his own spelling issues?].

Now again, to come full circle, this last one is a nod to my friend Jonathan, who actually reached the state level in the National Spelling Bee, but just in keeping with theme, if a preoccupation with women was a religion, I would’ve been either ordained or crucified years ago.

[A bonus detail just for Jonathan.  I was also the editor of my school newspaper.  In fact, I got in a little bit of trouble over an editorial I wrote criticizing the school district in our small southern Utah town for taking a day off for the deer hunt instead of recognizing Martin Luther King.  I actually had a fellow student threaten me, accusing me of wanting to celebrate a day “for some nigger.”  Yeah, my high school years were somewhat tumultuous.]

And the nominations:  Well, I think most people I know have already been awarded these awards… and both awards have the same rules… and I know that others are still following the rules and keeping it going… so I’m just going to pass the Versatile Blogger to All Things Jill-Elizabeth.  She’s outside of my normal horror and speculative fiction circle, but she’s one of the first people I met in the blogosphere, the first to host me as a guest at her blog, and over the past months, she has become a friend as well as a colleague.

Comments?  I don’t need to lead you on this one, do I?

Finally, check back next Friday to see what I decide to put up.  It will be a surprise for us both.

23 thoughts on “Oh, God! You Devil. Seven of My Spiritual Symptoms”