Exciting news! A piece I’ve been working on (and hinting around here…not the fly story) was accepted into an anthology!

And that’s about all I can say at this point.  Vague, I know, but the official line-up won’t be announced for another couple of weeks.  However, I thought I’d start piquing your interest.  Looks like it will be a really fun anthology to be part of.  Stay tuned for more details.

I’m going to stick with a theme here, and next Friday, I’ll be posting a portion of another travelogue, this time visiting a friend in Philadelphia.  It will be a little more serious than this week, with some musings on life and death.

First off, these are not great photos.  They were taken with my phone, just a good old fashioned flip phone (and yes, it was commented on at least twice on my trip that no one has a flip phone anymore, but this one is sturdy and suits my lifestyle) then sent to my email.

Again, these are not professional photos.  They were taken trying to be inconspicuous.

And a little tipsy at times.

But I get ahead of myself.

The trip started on the road from southern Utah to Las Vegas.  On the way I passed a bus.

C’mon, really?  It’s the bus.  And anyone who has taken the bus knows the slogan should read: “Some very special people inside… and some crazy assholes.”

I’ve always been fortunate to have friends in Las Vegas.  Not necessarily because I like to gamble, but because they live close enough to the airport to save me the time and money of parking there (thanks again, Mike).

This one was taken at my friends’ house in their backyard.  I promise I didn’t move or manipulate a thing.  Okay, so it’s not really Cthulu, but check out that devastation.  That may be an army man crushed by the overturned car, and I’m pretty sure that’s a squad car buried up to the windshield.

The Las Vegas airport is an interesting place. 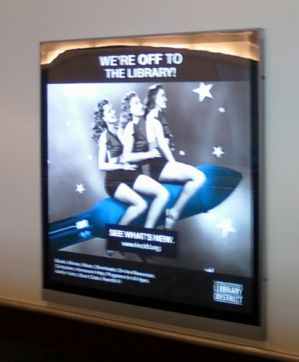 Sex sells.  Apparently even at the library.  Taken from the moving walkway, so it’s a little shaky… and I might’ve been laughing.

The laughter might’ve resulted from a release of tension getting through security.  This was my first time going through the body scanner (would’ve taken a picture of that, but I was gathering it probably wasn’t a good idea).

The female TSA agent moves quickly toward me after I walk barefoot out of the body scanner.  I don’t necessarily feel violated, but…

“You have something in your pocket,” she says.

“Oh, yeah,” I say and I start to reach for my left pocket.

“How did you know which pocket?” she asks, with a sense of barely concealed glee, and in that flash of an instant I realize that she thinks she has caught me doing something wrong.  I’ve gone from “passenger” to “suspect.”

I put my hand in my pocket and pull out the nickel-sized pink tablet individually wrapped in a clear plastic sheath.  “Antacid.”

Then she says, almost in a defeated tone, but perhaps a touch of sympathy? “Pepto Bismol?”

I wonder if it’s just a question, or is she trying to catch me at something again?  The truth is, it’s a generic brand, but I have no idea what the hell the name of it is. Will that matter?

I start to stammer out a response, but something else comes up with the passenger behind me and she lets me pass.

This is why I have pretty regular traveling dreams where there are complications, especially if I’m flying.  I much prefer the open road.

I want to send this in to those guys who go around the country and find signs with grammar or spelling errors.  There was only one A12 gate. 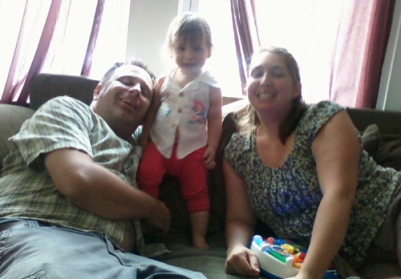 My gracious hosts in Austin.  This was actually my second trip to visit my friend George and his lovely bride, Shaun, in Austin (the last time I actually met Yann Martel, author of Life of Pi, at a reading), but this is the first time I’ve met their beautiful daughter (who served as my surrogate daughter while away from my own).  And she was a little cutie.

Juliana at one of the several small farms/farmer’s markets located in East Austin.

I read an excellent interview in The Sun with Woody Tasch (June 2010). He said we needed to start thinking about developing urban areas in circles, with outer ring agricultural zones.  Self-sustaining communities where food doesn’t have to be shipped halfway across the country.

This seems like a pretty good idea to me.

I’ve known George for 15 years.  He grew up in Spain and England, then moved to Georgia for college.  I met him in Missoula, Montana.  Euro-Southern-Hippy.
This picture is actually from 2000, when we saw Willie Nelson.  That’s my hat.

George today. So glad to say he hasn’t changed too much. 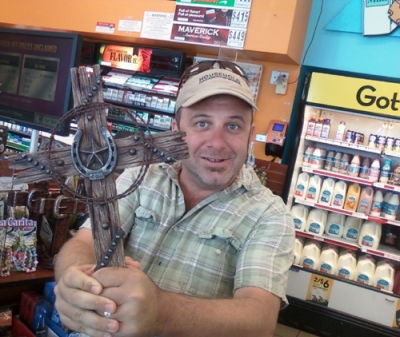 This cross was in the gas station.  “For killin’ little redneck vampires,” George says.

I really should’ve bought it. 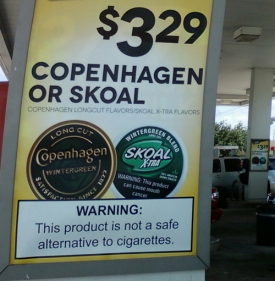 Also saw this sign at the gas station.  Not that different from many gas stations, although as we are in the South, I’m guessing chewing tobacco is a little more prevalent than other parts of the country.

This is a pretty straightforward warning.  Nope, not a safe alternative.

But still, I gotta say having traveled in Canada back in the days when I used to smoke, we are a bunch of pansies when it comes to warnings.  Here are some actual labels on Canadian cigarettes: 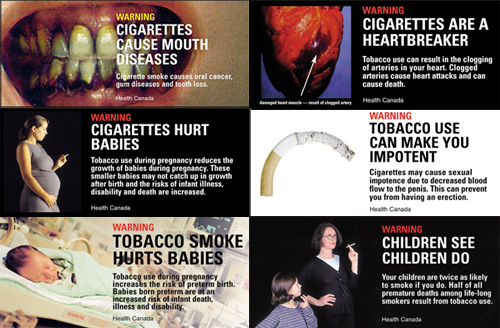 Speaking of bad habits, Austin has some great bars.  And they would make great settings for stories (so I can write off this round, guys).

Where my phone doesn’t do justice.  This is the outside of one of many Southern ice houses on this block that have been converted to bars.  When you go inside, were it not for the actual bar, you would think you were just in some old gutted house, small groups gathered in murky red lit rooms devoid of much more than maybe a wooden bench or two.

And it’s not so difficult to imagine placing a vampire story here if I ever wrote one.

A variation on that theme in a different bar.  Again, my phone doesn’t do justice.  This one had draped off little sitting areas with various pieces of different styled furniture and artwork.

“We could plan a murder… or start a religion.”

But I think one of my favorites was The Liberty.  Pretty regular as far as layout was concerned, but they had great art.  Here are a few pieces. 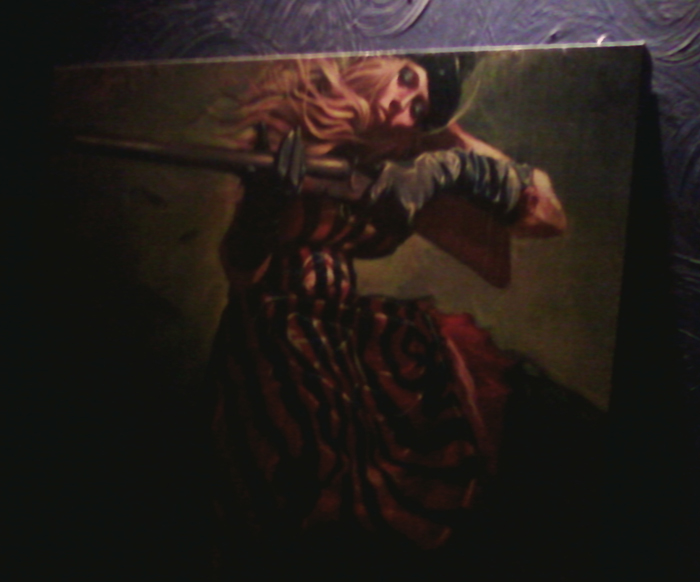 Other highlights of the trip (but of which I didn’t get any photo documentation) included a short float on the San Marcos River, my second trip to Barton Springs (the coolest municipal “pool” I’ve seen), lots of bicycling to get places (something we did a lot of in Missoula but that my current location of 15 miles away from anything prohibits), and of course, the main reason for my visit: George’s 40th birthday party week.

Thoughts?  Comments?  Have you been to Austin? If you’re a writer, have you had any trips that provided some great story settings?

As always, links to your blog are welcome.

Finally, don’t forget to check back next week for The Philadelphia Experience.

23 thoughts on “A Child’s Cthulu, Redneck Vampires, and the Art of Southern Death: A photo travelogue”