It has been a pretty exciting week.

– Found out my Flash Fiction piece, Another Oldie but Goodie, was accepted for the October Halloween issue of eFiction Magazine.  eFiction currently ranks #13 in Amazon’s Arts and Entertainment Kindle eZines, in good company with other publications such as The New Yorker, Asimov’s Science Fiction, and Alfred Hitchcock’s Mystery Magazine.

POST NOTE: Because of a production error, my story didn’t make it into the October issue… at least that’s what I was told 😦  Still hoping for the November issue.

– I was featured in an interview at Tracy’s Treasure of Books (click here).  Some fun questions.  And I did my best to keep my answers brief, but hopefully still interesting.

I’m pleased to say that next Friday, I will be posting another Friday Flash Fiction piece.  I think these are great exercises on really getting down to the essential details and maintaining tension.

Also, two weeks from today (9/30), I’m excited to announce my first author interview.  I will be featuring “Seven questions with Carole Gill.”

My plan as I sit down to write this is to keep it short.  Or at least shorter than my post, My own Works Cited list: 10 books that have inspired me.  But as many of you are getting to know about me, I can’t just do a list, and brevity isn’t my strong suit.  But I’m going to give it a try.

I know there will be some disagreement here, and I’ve heard many a horror writer say they haven’t been really scared by more than maybe one or two movies.  In reality, “scared the bejeezus” is probably too strong for some of these choices, but I just liked “scared the bejeezus” better than “10 movies that I consider good and/or fun horror movies, some of which scared me more than others, and some which wouldn’t necessarily scare me anymore, but really scared me then.”

Oh, and I think I’m a horror writer because there’s still an irrational part of me (sometimes a small part… sometimes a little bigger) that still believes in the things going bump in the night. 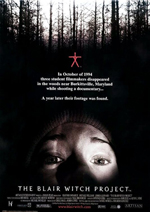 The Blair Witch Project (1999):  I know I’m going to get boo’s right off the bat, but with the exception of the excessive F-bombs, I really liked this movie.  Anyone who’s been lost in the woods (although I think they should’ve filmed it in a more mountainous area) can relate to the panic, but even scarier is that the viewer never really SEES anything.  It’s all imagination.  And their marketing was brilliant.  In the early days of its release (and still relatively young days of the internet), there didn’t seem to be a clear answer as to whether or not it actually happened.

The Descent (2005):  This was definitely a theatre movie.  Underground.  Hard-core spelunking girls.  Add in my mild claustrophia.  Lack of sufficient light through much of the movie.  And air.  I swear they pumped the air out of that theatre.  I liked the explanation for the creatures.  And the director’s cut ending is the way to go.

The Exorcist (1973):  I remember all the jokes as a kid about split-pea soup and all, but it still freaky.  I mean, she looked like hell, no pun intended.  Apparently the devil wreaks some serious damage.  And the crucifix scene?  I was baptized Catholic, and even though we rarely attended church (at least a Catholic church), that scene was still just downright evil.  I don’t know if I believe in the Devil these days, but if there is one, that’s what he’d be like. 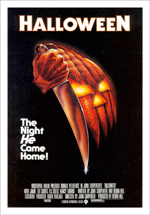 Halloween (1978):  My first exposure to a film version of the Boogeyman, the thing that every frightened child knows can’t be killed.  And Michael Myers is so stoically brazen in his demeanor.  He’s driving a car in the middle of the day, just walking around following Jamie Lee Curtis.  No need to wait for night or anything to make your appearance.  And he kills a dog.  I think the first act of animal murder I had seen on screen. 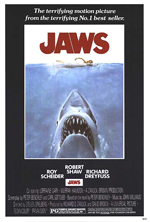 JAWS (1975):  Scared/scarred at least three generations of the American public away from the ocean.  And if you were a kid, you didn’t necessarily put it together that sharks were only salt water dwellers.  They might appear in the swimming pool.  And the scene with Robert Shaw telling about the sinking of the USS Indianapolis is awesome.  Still to this day, I can’t go in the ocean (at least very deep) without wondering what’s out there just beyond my vision, or just below my feet.

A Nightmare on Elm Street (1984): As I posted at Jim Bronyaur’s guest post at Ginger Nuts of Horror (click here), as if I didn’t have enough nightmares, now I have this to contend with, a guy who will actually kill you in your dreams.  And the American public had been told just a few months earlier in Dreamscape that if you die in your dreams, you die in real life.  This one isn’t as scary going back to watch today, but of all the sequels, this one was definitely the darkest. 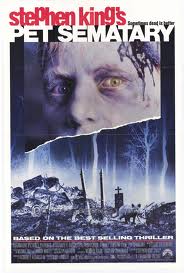 Pet Sematary (1989):  One of the few watchable Stephen King film adaptations in my opinion (at least of his horror stories.  Although Carrie was pretty good.  And Christine was fun, but most others…).  It’s brutal, disturbing and haunting.  From the freaky sister to the gut-wrenching scenes involving Gage (both “before” and “after”).  This one was actually scheduled to be delivered via Netflix not long after my daughter was born, and I had to move it down the list.  But it plays on that age old question that I addressed at the end of my Flash Fiction piece, The Professional Crier.

Quarantine (2008):  Lots of jumps and some good old gory horror.  Add in the limited point of view similar to Blair Witch Project (except this time, it’s a news cameraman), and you get some nice surprises.  It’s chaos and craziness pretty much from start to finish.  And it reaffirmed my belief that my wife is crazy in her fondness for pet rats.

The Ring (2002):  A pioneer in a new brand of horror story and cinematography… at least in our country.  Turns out Japan has some scary horror of their own, right?  Anyway, fun concept, not too gory, good suspense, interesting story, and a nice little twist.  And I still get a little nervous whenever I take a picture that ends up blurring someone’s face.

The Shining (1980):  I know that the remake of this with Steven Weber and Rebecca DeMornay was supposed to be closer to the original book (which was awesome), I still say it’s blasphemy to remake anything that pairs up Stanley Kubrick and Jack Nicholson.  And c’mon, Steven Weber and Rebecca DeMornay?  It’s like Molly Ringwald in The Stand.  Just shouldn’t happen.  Anyway, I could go on about the freaky parts of this movie, but there are too many to list.  (By the way, I know I married the right woman when The Shining is one of those movies she could put on almost any time and just putter around the house doing other things).

Okay, lay it on me.  What are your thoughts?

Also, eFiction Magazine is free to read on your computer, or you can get a $1.99 monthly Kindle subscription.  Hope you check it out.  Click here.

Also, if for no other reason than my interview, I hope you go visit Tracy’s Treasure of Books.  She features reviews for a wide variety of genres, so you may find some other ideas for your next read there, as well.

And one more mention.  Philanthropic author and book blogger Kate Evangelista has been so kind as to hit up her readers for review of The Imaginings.  So I would hope you would help me return the favor by visiting her blog, http://www.kateevangelista.com/

And don’t forget to check back next Friday for my Friday Flash Fiction piece.